A Brief History of Tofu

Some two thousand years ago, give or take a couple of months, tofu was introduced in China by Buddhist monks, who used it as an occasional substitute for their usual diet of air. Dhophu, or ‘bean meat’, as it was affectionately known, made its way over to Japan about a thousand years later, in June, where it became known as ‘What’s THAT?’ and later “tofu”, or ‘bean curd’.

Tofu came west with Chinese and Japanese immigrants, and was used in an attempt to civilize America, whose diet was becoming hopelessly enamored with beef and beef’s side effects, such as ravaged topsoil, depleted water tables, and huge amounts of global warming methane. The nutritional and ecological benefits of tofu as compared to beef was so obvious and unmistakable that it was steadfastly ignored by anyone outside the Asian community for decades.

Then, beginning in the early 1970’s, small tofu shops began to sprout up all across the landscape, introducing this amazing and versatile food to a befuddled public, who responded by asking “What’s THAT?” . Eventually, however, many people came to appreciate the advantages of a protein source that comes straight from the earth’s bounty, without first routing that bounty through the belly of a beast.

One of the first of these shops was Surata Soy Foods, which was formed in March of 1977 by a group of people who didn’t know that it could never work. Early on, Surata made and has maintained a commitment to using only organic, non-GMO soybeans and other ingredients in all its products. All our beans are purchased from certified organic growers inside the U.S. or Canada, and Surata itself is certified organic by the USDA through CCOF.

Our commitment to only the highest quality ingredients reflects our belief that the nutritional benefits of soy are most effectively used in whole foods such as tofu and tempeh. Both products convert the soy nutrients into food fit for human consumption – a far more ecological use of soy than when it is fed to livestock. Tofu and tempeh can thus help reduce the drastic environmental impact of our culture’s dietary habits.

Surata’s first pounds of tofu were sold in 1977 to health food stores and restaurants around Eugene. Since that day, our customer base has expanded to include stores, restaurants, supermarkets and institutions throughout the Pacific Northwest.

Surata’s product line has grown to include two kinds of tofu, firm and soft, sold in bulk quantities in both buckets and vacuum packed units. It is also available in retail packages of 16 oz. water-filled containers and 8oz. vacuum-sealed packages. Our firm tofu contains 15 grams of protein per 3oz size, more than most “Hi-Protein” brands on the market.

We make two kinds of tempeh: Original Soy, composed of organic non-GMO soybeans, and Multigrain, which adds organic rice and millet for a more complete protein. Tempeh is sold in in bulk sheets of 3.25 lbs, ideal for restaurants and institutions, and retails in grocery stores as 12 oz. re-sealable packages.

Our site is designed to acquaint you with Surata’s tofu and tempeh, and give you some ideas of how to use them when preparing simple nutritious meals for breakfast, lunch or dinner. We provide some information about the health benefits of soy, and counter some of the misinformation recently circulated about its alleged dangers.

We’d love to hear from you. You can also email us with your own recipes, thoughts, or questions at soysurata@gmail.com 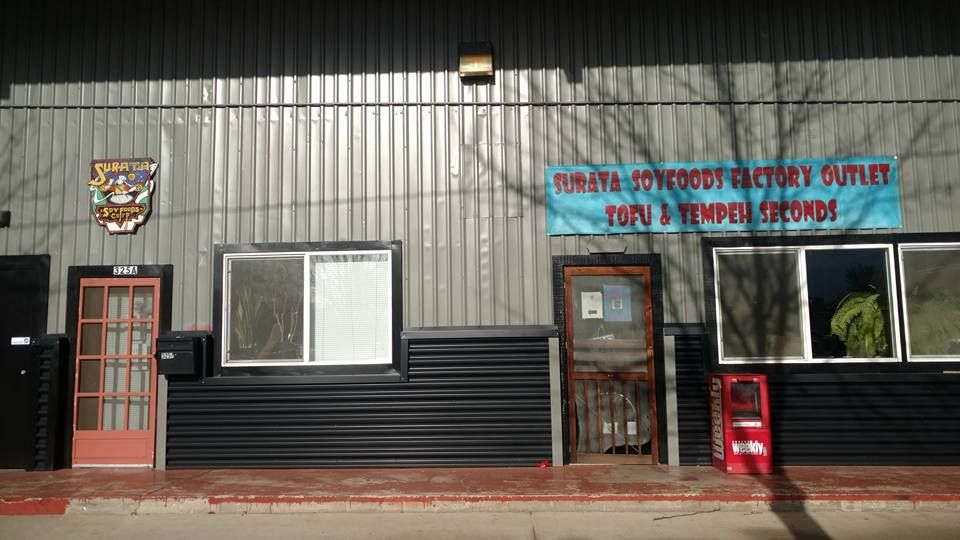